Is Meritocracy a Myth?

We need to stop lying to working class students about academic achievement being the key to success.

The idea of meritocracy, whereby reward is proportionate to effort and ability, is both seductive and deceptive. Defenders of modern capitalism have come to depend on it. But without equality of opportunity – something British society clearly lacks – the idea is hollow.

My journey to a relatively successful career in finance started in a south London state school where visits by the police (in their professional capacity, not to hand out badges and stickers) were far more frequent than those from careers advisers or inspirational professionals. Despite dangers and distractions, I achieved the grades and demonstrated the passion, aptitude and intellectual curiosity to take a place at Cambridge University. After graduating from one of the best universities in the world, conventional logic would suggest I was a valuable commodity entering the labour market and destined for a top job. Well, not quite.

At this point I should probably mention the fact that I’m from a working-class background with a mother who is half-Nigerian and half English and a father who is Jamaican (i.e. I’m black, or mixed race depending on your perspective). Both race and class identifiers are important because the overlap of ‘working class’ on ‘black’ is significant in the Venn diagram of the UK population. Whilst being working class is a significant disadvantage, which may be more significant than race in terms of pursuing an elite career, the fact that so many black people are working class means that there is insufficient black representation and cultural influence in elite professions. It’s the mixture – what sociologists call intersectionality, that harms life chances the most. And put simply, racism (explicit, institutional, tacit or unconscious) is real and alive in British society. 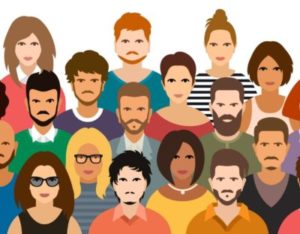 Employers want more than good grades
By the time I entered the labour market I had already been the first one in my family to graduate from university through the traditional route (my mother obtained her degree from the Open University). I evaded the temptations, peer pressure and intimidation of the streets. It is therefore ironic that I was then told that I hadn’t demonstrated enough passion to pursue an elite career.

Mostly this was explained as a failure to take advantage of opportunities that I had no idea existed. I now know of things that I could have done to distinguish myself and improve my chances; however, my problem wasn’t a lack of effort but direction. Unsurprisingly, direction tends to be more elusive when you don’t know any elite professionals that can direct you.

Class barriers are not exclusive to the selection process. Assignments, access to senior influencers and development support may not be distributed in an equitable manner. Many end up leaving, being pushed out or ‘convinced’ that a career elsewhere is in everyone’s best interests.

If my personal experiences hinted that these cultural barriers existed, the experiences of a close relative (10 years my junior) convinced me. He achieved a first-class degree in Economics from a Russell Group university and secured a tech consultancy job in a Big Four firm. This opportunity was short-lived. He was made to feel unwelcome and marginalised for failing to adapt to the culture of the business. His most notable indiscretion was using his car allowance to lease a vehicle that, while fully within his employers’ parameters, was considered too ‘flash’, especially when his immediate superiors had opted for sensible hatchbacks.

We need to coach working class students to succeed
Elite professions should ascribe greater value to the drive, resilience and hunger demonstrated by working class applicants, rather than penalising them for lacking polish, guidance and social capital. However, rather than waiting for this, I favour a new approach which teaches workplace survival skills to academically gifted students from underrepresented backgrounds. We need to give those without the luxury of social capital access to successful and relatable figures from elite professions and industries before they step into an interview room with them. We need to instil confidence, self-value and a sense of belonging so that they feel entitled enough to demand a place at the table (and can later describe their entitlement as hunger!).

I teach young people I meet that they are empowered to shape their own reality I also explain what I actually do at work. Many of these students come from environments where they are all too familiar with a pervading sense of fear and insecurity. We need to ensure they are not afraid to ask questions, ask for work experience, ask for access or ask for exposure. Don’t be afraid of ‘no’ and don’t be deterred by rejection and setbacks. When elite professionals describe the secrets of their success, they emphasise personal characteristics and pivotal interactions, not grades and qualifications.

There will always be those who achieve against the odds. I know many, and I am proud of my journey. But it is not a battle I have come through unscathed. If we are serious about creating a fairer and more meritocratic society where talent and effort is not eclipsed by connections and charm, we need to shorten those odds.

That requires us to stop telling the lie that academic achievement is the most important factor in professional success or elite employment opportunities. It is a lie that I was told, and a lie I had to unpick through first- and second-hand experiences. To lie to a new generation, whether about meritocracy or what determines success, would be a betrayal of us all.

Afolabi Oliver is co-founder of the charity KEY Sessions.