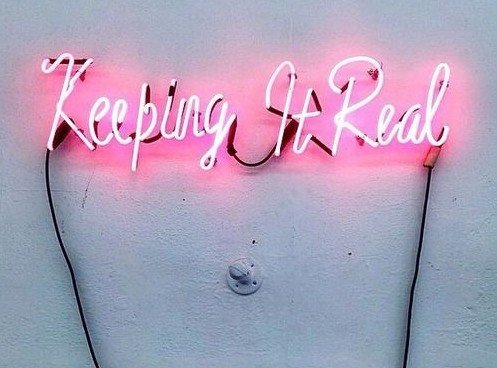 On June 15th 2016, PD members had the pleasure of listening to the expert opinion of Christine Shields, as she ‘Kept it Real’ on the following topics:

Please see below Christine’s notes from the session.

Upcoming US Elections
• The November presidential election promises to be the most acrimonious for many years, possibly ever. The primaries – on both sides – have also touched new lows in their style and mood. Both candidates are seen as being highly divisive and both have high unpopularity ratings, despite being the front-runners in their respective parties.
• The contrasts between them are stark: Hillary Clinton is tarnished by her (and Bill’s) past, albeit that not all the allegations are true, yet she is the most experienced presidential nominee ever. Wealthy businessman Donald Trump is the archetypal anti-establishment contender, who plays well in the ‘redneck’ world, of the less educated, rural and insular part of the US population. But the intolerance his campaign emphasises is worrying, especially in a world as troubled and uncertain as at present.
• How well Trump fares with mainstream voters remains to be seen. Trump’s outsider image has struck a chord – and the tone of Sanders’ campaign suggests that dissatisfaction with the current elite is shared across the political spectrum. Sadly, Hillary’s vast experience is a disadvantage for her in such a climate as she is the classic insider, having been associated with the highest echelons of power for four decades as First Lady, Senator then Obama’s first Secretary of State until 2012.
• Recent events are not helpful, not least the weekend attacks in Orlando which have played to Trump’s anti-immigrant agenda. The ongoing investigation into Hillary’s e-mail security when she was Secretary of State is an unfortunate backdrop for her too, as is the inquiry into the events in Benghazi when the US ambassador was killed in 2012. But her reaction to Orlando demonstrates her greater depth and sense.
• Trump is far from squeaky clean. There are many examples of his malpractice in business: underpaying workers, not paying suppliers and reneging on debt. And although some take comfort in his business success and vast wealth, which they see as a demonstration of his ability to compromise, his continuing aggressive and unrealistic rhetoric is deeply worrying. Indeed, his reaction to Orlando has played very badly so that his poll ratings have fallen back.
• By contrast, Hillary is immensely well qualified and extremely knowledgeable. Her problem is that she is a policy wonk lacking the charisma of her husband or Obama. She has admitted this, positively. Now she needs to play up her warm side to widen her appeal into those Democrats who hitherto have supported Sanders and the more moderate Republicans. Sander’s likely endorsement, even if guarded, may help her there and she is now well ahead in opinion polls. If she energises voters with the prospect of becoming the first female US president, her prospects look assured.
• But the underlying problem is that the economy is under-performing. The recovery since the global financial crisis has been more muted than usual after such a deep downturn. And the legacy of that crisis is a further downer, with consumers and investors alike cautious. In such a climate, there are arguably more losers than winners, and many of those losers fall into the redneck world. With interest rate hikes likely to start soon, they may face further challenges.
• Typically, when there is economic hardship, voters become more insular and intolerant, rather than the opposite. Trump appears appealing to some in that narrative. However, unless he completely transforms, a Trump presidency would be terrifying in an already uncertain world.

Female Empowerment In The Middle East
• Male domination and female repression are part of the culture in the Middle East. Other countries elsewhere in the world with a Muslim majority are much more liberal. Some, especially in South Asia, now have or have had female leaders. Hence, this is not an issue of the Islamic faith, rather a general feature of the culture in the Middle East.
• Clearly, there is much variety across the region. Tunisia is more liberal than Saudi Arabia, Oman more tolerant than Qatar. And Dubai is almost western in some of its attitudes (at times at least) though some of the other emirates in the UAE are less tolerant and much less pro-western.
• Of course, the Middle East is far from alone in dis-empowering women. Japan is nominally equal but few married women there have careers. Korea is similar but less striking. And even in the UK, as recently as the 1960s, married women were required to resign from the civil service.
• The UK’s 20th century history illustrates the advantages of female empowerment. In the early part of the century, many families were large – even within my own family, some of the previous generation had families of up to fourteen children. With the female franchise, the improvement in education standards and the provision of free state education for more years, more women have entered the labour force and have risen to enjoy successful careers in high-skilled roles. Living standards and incomes have increased and the quality of life has been transformed.
• Failing to empower women brings an economic loss, as well as having socio-economic consequences. Education levels tend to be lower, family sizes tend to be larger so quality of life is arguably less good, and aspirations are lower. To the extent that economic growth and opportunities are lower, unemployment levels are higher so that dissatisfaction becomes a greater problem. And given the poor demographics in the Middle East – in some countries under-25s are over 50% of the total population – the situation looks set to worsen into the medium term.
• There are geopolitical consequences of a lack of female empowerment too. Dissatisfied youths can turn into violent protesters who turn against others more privileged. Again, what is needed is greater tolerance and gradual change. There are nascent signs of this with the new reform plans emerging in Saudi Arabia. However, it remains to be seen if the traditional and religious groups will accede to change. Signs so far are not positive.

The Economic Implications Of Brexit
• The 23 June referendum on the UK staying in or leaving the EU is the biggest decision in all our lifetimes. Exercising that vote is essential.
• Apart from anything else, a low turnout and a narrow margin either way could mean that the question is not settled by the vote so that the current debate persists. This would prolong the already heightened levels of uncertainty that are now dragging on sentiment, financial markets and the real economy.
• The impact of Brexit on the economy is unambiguously negative, both in the short and medium term. Longer term, it is less clear as the exact nature of the settlement is critical to how the long term actually looks. One of the biggest areas of uncertainty is the nature of any trade agreement with the EU post-Brexit. As a single market now, it is unlikely that a future deal would be better than what we have now, contrary to the claims of Brexiteers. And since 44% of our trade goes to the EU, substituting for EU sales with exports to the rest of the world would be a stretch. Hence, Brexit’s implications for trade are negative.
• Another key area of uncertainty is the City of London. Currently the entry point by non-EU institutions to mainland Europe, the City is a critical contributor to the UK economy. Withdrawal from the EU would likely induce foreign institutions to relocate elsewhere in Europe, perhaps Ireland, and reduce the influence of the City, with adverse effects for economic growth, investment, employment, incomes and influence. Similarly, foreign investment would be deterred. While existing investment may not relocate immediately, its expansion would be unlikely.
• Of course, cost is another bone of contention. Brexiteers quote it at £350m a week. In fact it is less than half of that after rebates and contributions towards regional development, research and agriculture are offset. Such disregard to the truth surely must cast doubt into the minds of those favouring Brexit. Another area where the truth is ignored is in regulation, where laws imposed by Brussels are cited as impeding British business. In reality, however, few laws are so imposed. Rather, very often, the basic law agreed with Brussels is embellished by Westminster to become even more burdensome. The areas lambasted as being worst for business – including the minimum wage, the apprentice levy, real-time tax administration – are all home-grown and nothing to do with Brussels.
• An especially thorny area is immigration. Here the Brexit campaign has wider resonance, particularly in areas where there are few migrants and less assimilation, in parts of the North for example. Greater pressure on public services is the main gripe, yet much of the pressure is a function of domestic policy choices, such as changes to social care, which has added to pressures on the National Health Service. But rational debate is scarce in this area – and there are questionable nationalistic influences further complicating the picture. As with the previous topics, key here is tolerance and inclusivity.
• The politics of the situation are dire. Though mainly an internal Conservative party split, Euro-scepticism crosses party divides. Labour’s failure to fully engage is lamentable. Equally, Conservative failure to properly engage in Europe is disappointing. Rather than carry other fellow members with us, we have alienated them, which bodes ill for post-Brexit negotiation should the vote go that way. (We may not have sufficient civil servants with such skills anyway.) European Parliamentary waste and inefficiency is a legitimate issue, as is the cost of EU bureaucracy, but that is not the central point. In today’s highly uncertain world, a collective voice is stronger than an isolated one. Brexit would leave the UK isolated. And as wider security concerns escalate, this is critically important.
• That said, the EU is far from perfect. Some reform has been secured but much more is required. Perhaps the best legacy of this referendum would be that the EU itself has a rethink about the push to greater integration which is raising concerns in most of the 28 member states. This is looking more likely as nasty populist movements rise in influence across the region. Such groups often skate over the real picture but appeal to bar-room sentiment, a tactic Brexiteers are increasingly using.
• Referendums generally return a vote for the status quo. It is to be hoped that 23 June sees such an outcome, but opinion polls suggest a close race. As MP Andrew Tyrie says, “Leavers have the simplest points. Remainers have the best arguments”. At root, these are mainly economic: investment, trade, asset prices and government finances would all be adversely affected by Brexit. And as in Trump’s USA, the demographics of the vote suggest that those typically supporting Brexit are older, less educated men, often from the North, with women, the young and the better educated preferring to stay. This says a lot. If the issue is really the domestic economy, voting for Brexit is akin to self-harm – the economy would be weaker. So why do it?